Bureaucrats Cause Violence In A Free Society 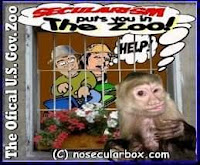 Hannah Arendt: “The greater the bureaucratization of public life, the greater will be the attraction of violence. In a fully developed bureaucracy there is nobody left with whom one could argue, to whom one could present grievances, on whom the pressures of power could be exerted. Bureaucracy is the form of government in which everybody is deprived of political freedom, of the power to act; for the rule by Nobody is not no-rule, and where all are equally powerless we have a tyranny without a tyrant.”


Why Are There So Many Mass Shootings Today?