WHAT HAPPENED AT HARVARD AND AMERICAN UNIVERSITIES

What happened to the University
The Harvard logo represents how secularism has taken over American Universities and therefore, the American mind.
The Original Logo

The original logo shows that truth was what the University was seeking, not just secular truth but “Truth for Christ and the Church.” In the original logo, veritas (truth) is unified in Christ.  The Truth (Christ) is revealed through the three books displayed on the logo: Creation, Reason, and Revelation.
The bottom book, which is pointed down and open to man, represents the Bible, God's Words, theology which guides the University to truly true truth.The Logo shows that the University is bringing Christ into all parts of knowledge  which Harvard University viewed as "Education".  The Bible and its theology brought together the different parts of learning and knowledge because it revealed Christ as “The Unifier”.  "The Truth" is what a Harvard Education student was seeking. Thus in a Harvard University, education (knowledge) was unified.


The shift
After the American Revolution through the nineteen hundreds, there was a major shift in thinking at Harvard, and therefore a major shift in the school's beliefs.  They shifted their thinking from allowElites
e person of God being the final authority to chance being final authority, and change being the controlling principle.
This shift meant that now things from nature became all man could know, therefore truth did not come from the Creator of nature but from created things.
The Cosmos became a uniformity of cause and effect in a closed system; the open system of God and His knowledge were gone. God became philosophically excluded from the educational teaching at Harvard.  There was still a seminary and chapel at Harvard but these places did not produce knowledge; they only produced inspiration and feelings.  Thus HARVARD excluded God from their student’s thinking.This shift meant that HARVARD needed a new logo that reflected this change from God's Truth and Christ's Sovereignty, to chance and changing truth as the new King. Their thinking moved from an unchanging God who gave man certainty, to chance and constant change that molded man with the result of constant uncertainty. 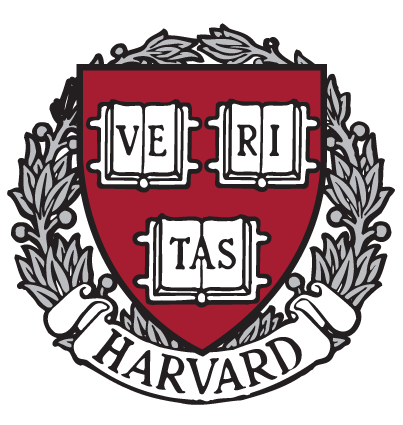 Because of this shift in philosophy, Harvard returned to the Old World beliefs of the Greeks and the Greek God's, and borrowed the wreath of Zeus.
The Closing of The Mind


They surrounded the world of ideas with the Greek wreath and thus they closed the university system to God's Revelation. Next, the books were changed so there was no open book to man. They closed God's book and made truth come only from and through nature, so Truth was no longer personal but the great cosmic machine of the cosmos.  This New Science (as it was called), closed the education of the mind and left only the rule and thinking of HARVARD.
Man Returns To Elites


The word HARVARD is now large and the most prominent, because only the elite from Harvard reveal the truths of this new science of thought and education; the truth of their educational system is always evolving and changing.


It has become the truth for now, the truth for you, the truth for me, the truth for Harvard.  They are no longer seeking Truly True Truth but have closed their mind to God and have therefore become multicultural. Natural Laws take over and replace an Infinite personal God's Law with a cosmic machine that is always changing. The HARVARD man is now the revelation of this changing truth and believe they have become the ultimate elite who choose what the rest of us us should believe.


Man Can Save Himself


As a result of the new Harvard thinking, man without God becomes his own saviour. Man is forever learning but never comes to a knowledge of the truth.
at January 19, 2018